Afloat with the Flag 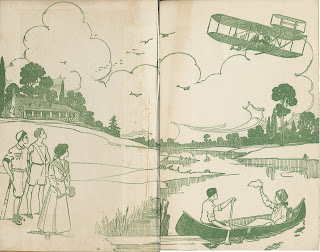 One of many patriotic series spawned by World War I, the “Red Cross Girls” was the earliest and most prolific, with ten titles appearing between 1916 and 1920. Despite the images on the cover, the endpapers of this series depict a world curiously detached from the horrors of war.