Today marks the 125th anniversary of the first-ever first day of class at the institution we now know as the University of North Carolina at Greensbroo!! On October 5, 1892, the doors of the State Normal and Industrial School (now UNCG) opened its doors for an initial class of 198 women from across North Carolina. The institution was originally chartered by the State of North Carolina in February 1891, with a mission of training female teachers and instructing them in “drawing, telegraphy, type-writing, stenography, and such other industrial arts as may be suitable to their sex and conducive to their support and usefulness.” 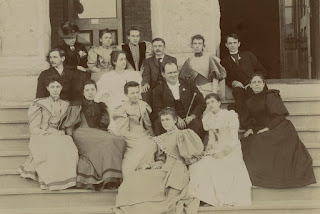 After a year spent planning the new school and constructing its facilities, classes began at the State Normal on October 5, 1892. Courses of study were divided into three departments: normal (teaching), business, and domestic science. The normal, listed as the leading department, included pedagogy classes as well as coursework in English, history, math, science, foreign language, art, music, and physical culture.

Founding the State Normal proved to be a milestone in education – and particularly women’s education – in North Carolina and throughout the United States. McIver and the early educators and students at the State Normal set the groundwork for UNCG as it stands today. One hundred twenty-five years after the first classes took place, the legacy remains. 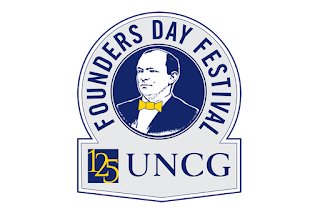 Today, the University will celebrate with a Founders Day Festival on the Quad from 4pm to 6pm. There will be food trucks, live music, and a 125-foot long cake! More details can be found on the 125th website.

You can also study up on UNCG history with our Spartan Stories blog. Additionally, an exhibit focused on the history of the University will be featured in Hodges Reading Room in Jackson Library beginning next week. More details to come!