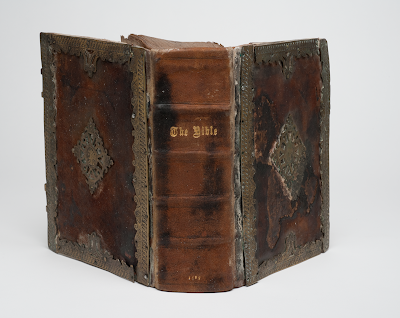 First printed in Geneva in 1560 by the “Marian Exiles,” this version of the Holy Bible was never sanctioned by the Church of England; but in 1575 the so-called “Breeches Bible” was openly printed and remained the unofficial Bible for most of the congregation until the ascendancy of Oliver Cromwell. The Scottish Church adopted the Geneva Bible as its official version in 1579. 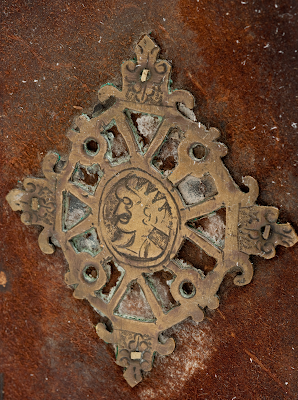 The leather and intricate brass-trimmed binding on this copy is a striking example of the late sixteenth-century bookbinders’ art. 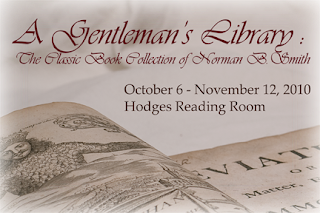