On March 19, 2009 Beth Ann Koelsch, the Curator of the Women Veterans Historical Project, and Jennifer Motszko, Manuscripts Curator, drove down to Fayetteville, NC to exhibit a selection of our materials at the Women’s History Month Celebration sponsored by the XVIII Airborne Corps and Fort Bragg. 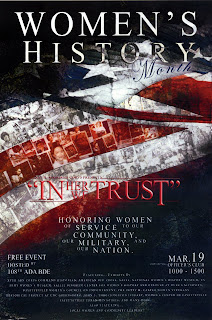 This was our second year attending the commemorative event. The WVHP was joined by approximately 20 other organizations and institutions including the American Red Cross, the Women’s Center of Fayetteville and the U.S. Army Women’s Museum. It was great meeting the archivist and education curator of the U.S. Army Women’s Museum (http://www.awm.lee.army.mil/) and we look forward to collaborating with them in the future. 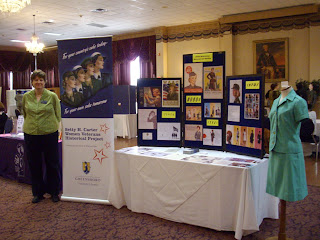 A couple of the images from recruiting materials we used: 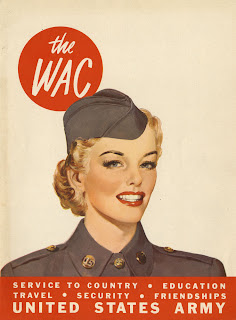 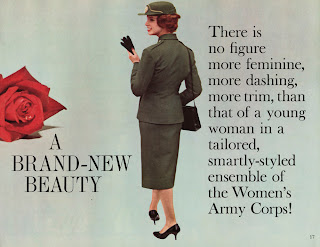 Over 200 military personnel, their families and members of the local community attended and it was really wonderful to have the chance to meet women veterans and talk about their experiences as well as having the opportunity to teach people about women’s contributions to the U.S. Army and to promote The Women Veterans Historical Project.

Beth Ann and Sergeant First Class Craig B. Tuttle, 108th Air Defense Artillery Brigade Equal Opportunity advisor, who organized and managed the event. We are BIG fans of Sgt. Tuttle. He does an AMAZING job: 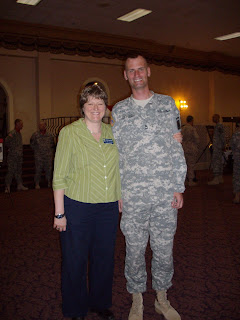 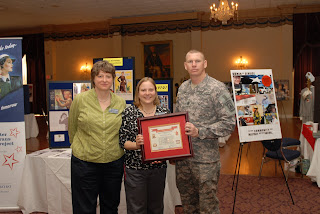 A link to more information about the event (since it is still listed as “upcoming”, I’m not sure how long this link will be accurate.): http://www.bragg.army.mil/eo/Upcoming_Events.htm