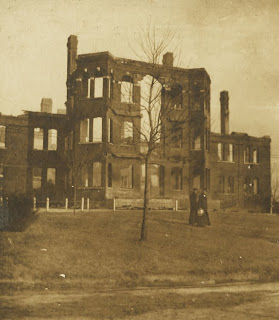 The Martha Blakeney Hodges Special Collections and University Archives invites the UNCG and greater Greensboro community to witness the birth and development of The University of North Carolina at Greensboro through artifacts, documents, and images from the University Archives. This exhibit tells the story of how a small college, founded on ten acres of farmland in 1891, was able to overcome early setbacks to develop into the large, thriving University it is today. Divided into five eras corresponding to the names under which the University operated, the exhibit highlights important historical events including the Brick Dormitory fire of 1904, the death of founding president Charles Duncan McIver in 1906, and the growth of the College under Julius Foust. It also emphasizes the changes in student life including the introduction of college traditions such as Rat Day, the desegregation of the School in 1956, and the enrollment of male students in 1964. This exhibit will be on display in the Jackson Library Lobby from June 1 – September 30, 2011.