As one may imagine, in our department’s efforts to preserve unique and historical research, we happen upon certain…  unsettling items. Whether these items are morbid or gruesome, they have a home here, and we cherish them.

On this Halloween, Special Collections and Archives shares with you the top 5 scariest items in the collection. Click here to cast your vote for the creepiest item. 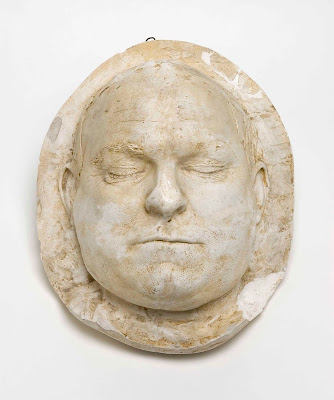 One of the creepiest items in the University Archives Collection is the death mask of Charles Duncan McIver, the founder and first president of the State Normal and Industrial School (now The University of North Carolina at Greensboro). On September 17, 1906, McIver was traveling on the campaign train of William Jennings Bryan when he suffered a stroke and died at the age of 46. Created by Wells L. Brewer, the death mask is a three-dimensional mold of McIver’s face, made soon after his death. The McIver statues on the UNCG campus and at the State Capitol in Raleigh were constructed using this mask. 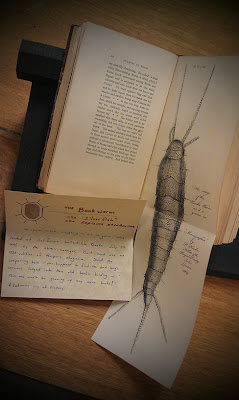 Special Collections purchased the first edition of Blades’ Enemies of Books in August of 1997 from the bookseller California Collectibles. Unexpectedly, the bookseller chose to send a [thankfully dead] book enemy with the purchase. The enclosed note reads:

The above catch weighing in at ¼ gram, was
landed at California Collectible Books July 20
1995 by the store’s manager. Bait used was an
1888 edition of Harper’s Magazine. Said the
conquering hero – who happened to find the dead bug’s
carcass lodged into the old books binding –
“This one won’t be gnawing up and more books!”
A Bookman’s cry of victory.

Blades, both a scholar and a bibliophile, recognized books’ enemies in multiple forms: fire, water, gas and heat, dust and neglect, ignorance, the bookworm, other vermin, bookbinders, and even collectors. Of books themselves he writes:

An old book, whatever its subject or internal merits, is truly a portion of the national history; we may imitate it and print it in facsimile, but we can never exactly reproduce it; and as an historical document it should be carefully preserved.

Along with preserving the historical document that is Blades’ book, we also preserve the bookseller’s documented catch. 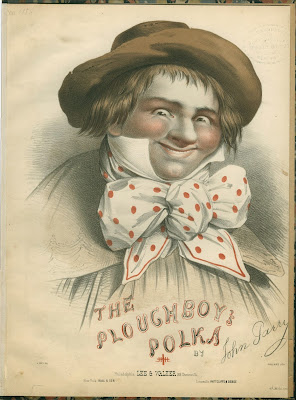 Although any randomly selected Rachmaninov piece from our archival music collections would be terrifying, this lithograph from a score in the Janos Scholz Music Collection is the stuff of nightmares. There is nothing intrinsic to this piece of music explaining why this caricature looks like it wants to eat your soul, but the longer you look at him, the worst it becomes. This may explain why there are only four libraries (including UNCG) in the world with this item in their collection.

4) “Skull of My Kitty” from the Scrapbook of Margaret C. Moore 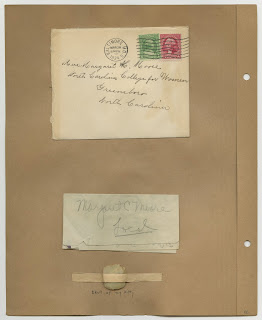 Any random manuscript collection can yield unusual items, but this fragment of a cat skull  in the Margaret Catherine Moore Papers, 1913-1982 is impressively eerie. Well, to be honest, the note below the bone fragment reading, “skull of my kitty,” is what makes it creepy. We suspect it is from one of her dissection classes.

Margaret Catherine Moore (1913-1975) was a Woman’s College alumna, nurse and nurse educator after whom the UNCG School of Nursing building is named. Moore enlisted in the Army Nurse Corps in May 1944. In 1949, Moore took a position as Instructor of Medical-Surgical Nursing at the Winchester Hospital before moving on to become the Administrator and Director of Nurses at the Warren Memorial Hospital in 1951. 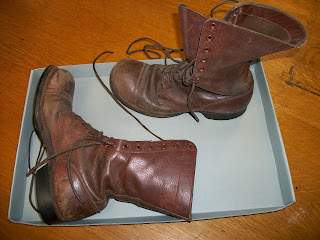 Helen Bolling Potts was a “Donut Dolly” during WWII. The Donut Dollies were women working with the Red Cross who were responsible for boosting the morale of wartime soldiers long separated from their girlfriends and wives. It was critical that these women not only be cheerful in personality, but also attractively dressed.

While working in the Red Cross Clubmobile providing refreshments to soldiers, Potts’ stylish shoes were ruined. The commander of the regiment on to which Potts was attached ordered his assistant to fetch a pair of boots from the room in which the items of dead soldiers were stored. Potts continued working that day, bolstering the morale of soldiers while wearing the boots of a dead one.

Alma and Spencer Garlow Doll Collection: An American Family — 1630 to 1900 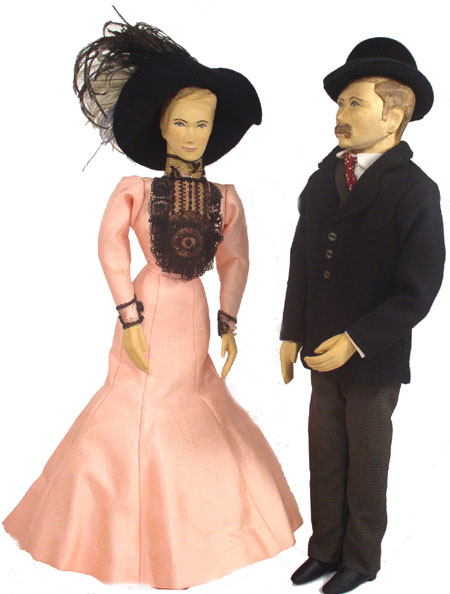 The dolls in the collection were created ca. 1962 by doll maker Helen Bullard (1902-1996) and carved from horse chestnut wood. Ms. Bullard named this collection of dolls “An American Family — 1630 to 1900.” She created nine generations of couples dating from 1630 to 1900. Each couple is shown at their age of marriage wearing their Sunday-best clothes and identifies their station in life. In 1985 Mrs. Alma Garlow, Woman’s College (now The University of North Carolina at Greensboro) Class of 1934, loaned the dolls to The University of North Carolina at Greensboro (UNCG) School of Home Economics.

Intending to represent the ideal of an American family, it is difficult to determine which is scarier–the dolls or the artist’s interpretation of the perfect household. 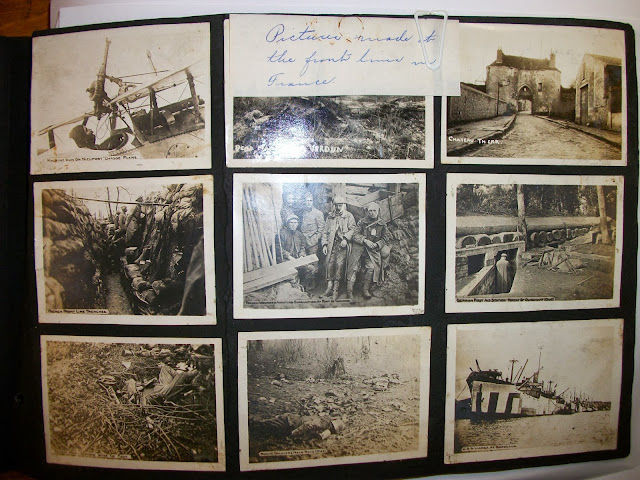 Clara Releder Fredere Sullivan served in the US Army as a nurse during WWI. During this time, packs of small postcards were sold as commemorative souvenirs to troops and support staff stationed in Europe. These pictures sometimes depicted some of the more disturbing, candid shots from the war front. The men laying down in the above photos as not sleeping; they are dead German soldiers.