The annual women veteran luncheon was held on Saturday, November 10th and featured a fascinating panel discussion: “Making a Difference: Advocating for Military Women.” Thank you to all who attended! 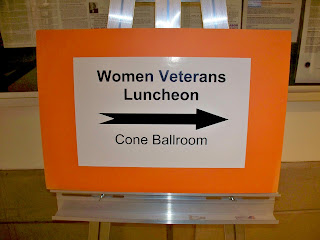 And some other good news:
UNC-Greensboro Named Among “Best For Vets.” School Among 68 Ranked. The Greater Triad Area Business Journal (11/26, Evans, Subscription Publication, 7K) reports, “UNC-Greensboro is the only public university in North Carolina to be named among the “Best for Vets” in the latest ranking by Military Times Edge magazine. UNCG ranked No. 61 among 68 ranked four-year schools.” Altogether, “about 650 schools applied for ranking in categories including four-year schools, two-year schools, online schools and technical schools.”

Thanks for your support!