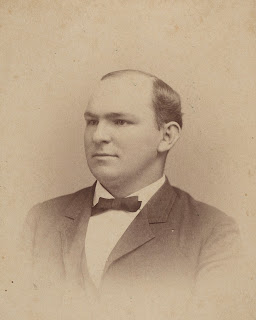 McIver entered the University of North Carolina (UNC) in Chapel Hill in 1877 and graduated in 1881.  After graduating from UNC, he accepted the assistant headmaster position at the Presbyterian Male Academy in Durham, North Carolina.  McIver was elected principal of the newly established graded high school in Durham in 1882.  After two years, he resigned his position in Durham for a teaching position at the Winston Graded School in Winston, North Carolina, where he met his future wife, Lula Martin.  They were married on July 29, 1885 and had four children.

McIver accepted the position of head of the literary department at Peace Institute, a girl’s school in Raleigh, North Carolina, in 1886.   While in Raleigh, he lobbied for a normal or teacher training school for women.

In 1889, he and Edwin A. Alderman were chosen by the Office of the Superintendent of Public Instruction to conduct a series of teacher institutes to instruct teachers and enlighten the public about the need for a normal school in North Carolina.

With an annual salary of $2,500.00, McIver was appointed the first president of the newly established State Normal and Industrial School in Greensboro, North Carolina, in 1891.

Unfortunately, he died on September 17, 1906, at the age of 45; however, he did see his dream of founding a college to educate women in North Carolina realized – that institution is now known as The University of North Carolina at Greensboro.

Shortly after McIver’s death, a committee was appointed by Governor Robert Glenn to raise funds to erect a statue in McIver’s memory. 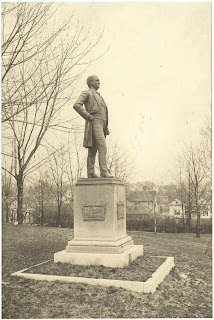 The statue was dedicated on Founders Day, October 5, 1912, and stood in front of the McIver Memorial Building until it was moved to the front lawn of Jackson Library in 1960. 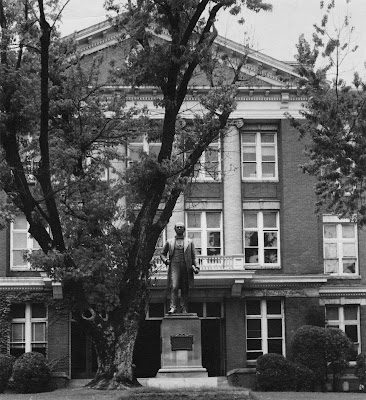 The original location of the McIver Statue was on the lawn in front of the McIver Memorial Building, site of the current McIver Building. 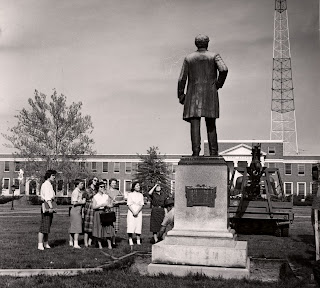 After the McIver Memorial Building was razed in 1958 and the current McIver Building was erected in 1960, the statue was relocated to the area in front of Jackson Library, a more central location on campus.  Note the Stone Building in the background. 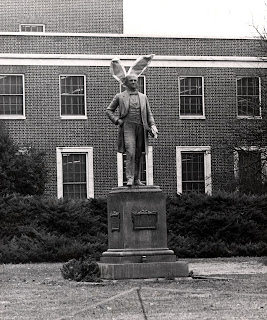 Over the years, students painted and decorated the McIver Statue on numerous occasions such as Easter of 1971, when the statue was painted pink and topped with rabbit ears.
Photograph courtesy of the Greensboro News-Record Library. 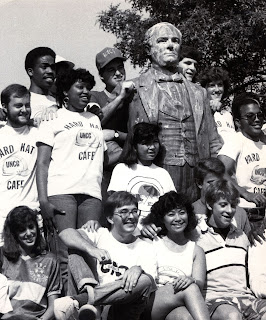 Starting in the late 1950s, students began to paint and decorate the statue.  By the 1980s, the statue was in disrepair due to the weather and being periodically cleaned with cleaning solutions. 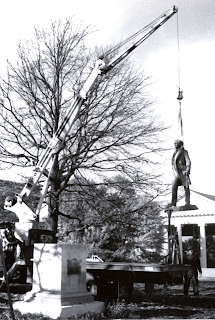 In November 1990, the eight-foot statue was prepared to be shipped to Karkadoulias Bronze Art, Inc. in Cincinnati, Ohio, to be cleaned and restored. 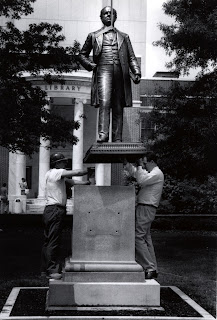 In May of 1991, the statue was returned to the campus in time for the university’s centennial celebration. Eleftherios Karkadoulias directed the statue back on its pedestal after being restored by Karkadoulias Bronze Art, Inc. 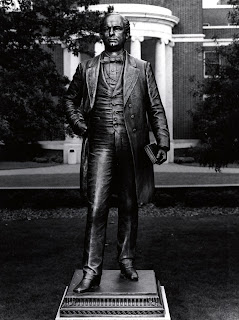 After the restoration, which totaled $7,500, the statue was returned to the university on May 10, 1991— two days before graduation.