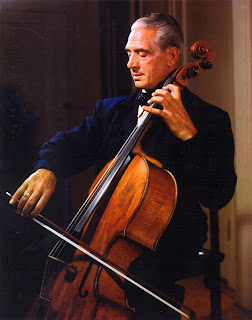 The Martha Blakeney Hodges Special Collections &University Archives is pleased to announce the addition of Ennio Bolognini’s personal papers, photographs, and artifacts to the UNCG Cello Music Collection. Ennio Bolognini (1893-1979) was an Argentine-born cellist, composer, conductor, pilot, and professional boxer. Referred by Pablo Casals as “The greatest cello talent I ever heard in my life,” it is rumored that even Emmanuel Feuermann stated, “For my money, the world’s greatest cellist is not Casals, Piatigorsky, or myself, but Bolognini!”
Bolognini began studying cello performance with his father (Egidio Bolognini), completing his education with José García at the St. Celicia Conservatory in Buenos Aires. He debuted as a soloist at twelve years of age, winning the Luigi Rovatti cello (presently in thecollection of the Smithsonian) at an Ibero-American International competition. Bolognini was awarded an honorary doctorate of music by the University of Buenos Aires in 1921, and spent two years conducting in Chile before immigrating to the United States.
Bolognini moved to the States to serve as the sparring partner boxer Luis Firpo to prepare Firpo for his match with Jack Dempsey. Bolognini had been welter-weight champion of South America in the past. In addition to music and boxing, he was also an avid pilot, co-founding the Civil Air Patrol, the civilian auxiliary of the United State Air Force during World War II. Bolognini was responsible for training cadets to fly B-29 bombers. He was known to be extremely proud of his talent in flying, honored to be a member of the elite “Quiet Birdmen’ Pilots” organization.
Bolognini served as principal cellist of the Chicago Symphony Orchestra from 1929 to 1930, when a dispute made him quit the orchestra. After leaving, he enjoyed a successful career as a soloist in the night club scene, as well as performing in major music festivals such as Ravinia. In 1951, he moved to Las Vegas, performing in casino orchestras and founding the Las Vegas Philharmonic Orchestra in 1963. Within the course of his career, Bolognini composed seven pieces for cello, six of which are dedicated to noted cellist Christine Walewska, one of his students. 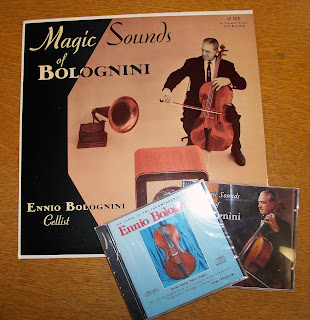