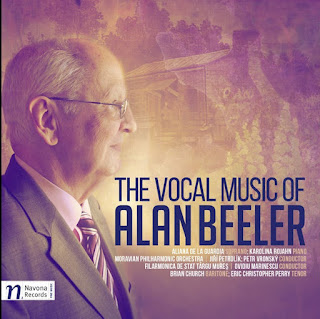 Beeler taught theory and composition at Wisconsin State University at Stevens Point for four years and at Eastern Kentucky University as Professor of Music Theory and Composition for thirty-six years. While at Eastern Kentucky University, Beeler was the co-author of a four volume music theory textbook. In addition to teaching and composition, Alan Beeler was a talented oboist, teaching oboe and performing in faculty ensembles and the EKU orchestra. His many compositions include works for solo piano, chorus, chamber ensemble, string orchestra, full orchestra, and voice. Several of his works were recorded by PARMA Recordings, Navona Records, and Ravello Records. His compositions have been performed by the Prague Radio Orchestra directed by Vladimir Valek and by the Slovak Radio Symphony conducted Kirk Trevor in Bratislava, Slovakia among others.

The Charles Alan Beeler Collection contains over a hundred manuscript compositions and arrangements, in addition to other music for multiple instrumentation, and some personal papers. Beeler joins a growing collection of composer archives represented in the UNCG Special Collections, including Harold Schiffman, Egon Wellesz, Peter Paul Fuchs, and Rudolf Matz.