The Martha Blakeney Hodges Special Collections and University Archives is pleased to announce a new exhibit in the Hodges Reading Room. A Portable Likeness: Selected Portrait Miniatures and Their Literary Context, features selected portrait miniatures, both in the portable form as well as in a literary context.

Portrait miniatures emerged from the pages of manuscripts and appeared in portable form during the early 16th century. They were originally painted on vellum, card, wood, or copper and were considered a luxury item, often framed in precious metals or jewels. The images were painted with watercolors, oils, and enamels. Ivory became a more popular surface for artists around 1700, but portraits continued to appear on paper and card as well. 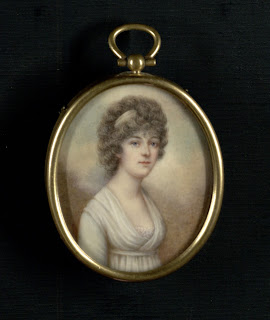 The earliest miniatures depicted royalty and were given as signs of favor and patronage. The late 16th century saw loyal, wealthy subjects wearing the images of Queen Elizabeth I of England as a sign of fidelity. Attempting to imitate the royals, members of the nobility began to commission miniature portraits to commemorate births, marriages, deaths, or the long departure of a loved one. By the 18th century, they were widely available to the rising middle class. These portable items were owned and carried by men and women alike, often on rings, in lockets and cases, on chains, and
incorporated into pins, necklaces, bracelets, and hair pieces.  Larger images were often displayed in a cabinet or “treasure room.”  While portrait miniatures usually show only the upper torso of the sitter, hairstyles, hats, and jewelry are often prominently featured and can help date paintings that have no provenance. 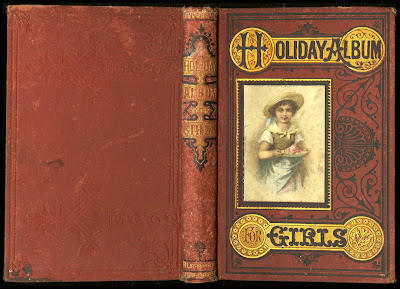 This exhibit will be featured in the Hodges Reading Room from May 12 until August 28. The Reading Room is open from 9 a.m. until 5 p.m., Monday through Friday