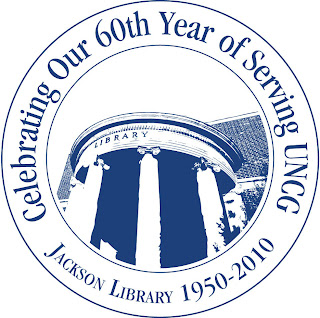 This exhibit is on display in the
Jackson Library Lobby from March 22 – September 10, 2010.

On June 5, 2010, Jackson Library will celebrate sixty years of service to the University of North Carolina at Greensboro (UNCG). Founding President Charles Duncan McIver once said, “a great library is the very heart of the literary life of a great institution” — a statement even more true today than it was in the 1890s when the student population numbered several hundred.

Today Jackson Library, as part of the University Libraries, serves a student population of approximately 18,000 with a collection of over a million books, more than 47,000 electronic and print journal subscriptions, over 500 electronic databases, and 640,000 federal government documents.

When the school first opened in 1892, the library was located in a room of Main (now Foust) Building. The 1898 president’s report stated that one of the most pressing needs of the school was a “library room and more literature. The former is a more serious need than the latter, as we have now more books than can be placed in our library room.” 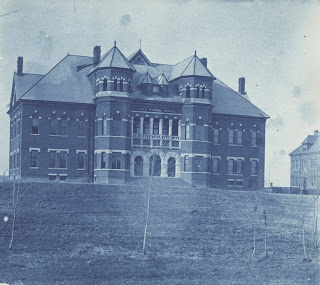 In 1905, Andrew Carnegie donated $15,000 for a new library building and $3,868 for furniture and stacks. Soon this building was too small and in 1921 the North Carolina General Assembly appropiated a little more than $59,000 to enlarge the building. The Carnegie Library (now Forney Building) was partially destroyed by fire on September 15, 1932. During the reconstruction, the building was enlarged and was reopened in 1933. 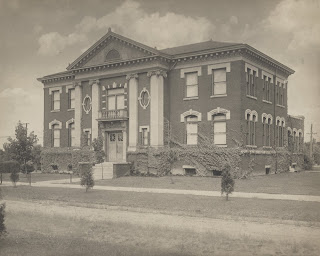 By the late 1930s, there was a movement to build a larger library to meet the needs of a growing campus. This movement was interrupted by World War II.

The 1947 North Carolina General Assembly appropriated funds to erect a new library building and on September 27, 1948, Chancellor Walter Clinton Jackson broke ground for the new building, which would be named in his honor in 1960. 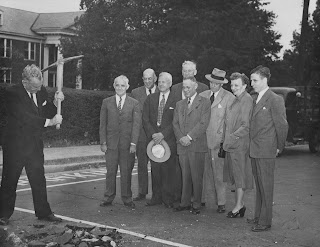 Northup & O’Brien, of Winston-Salem, designed the new library in a traditional style using sand-finish colonial face brick and Georgia marble for exterior materials. Construction began on October 2, 1948, and was completed in March of 1950 at a cost of approximately $1,232,118. 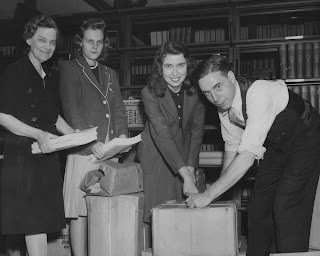 Unpacking books in the new library

In May 1950, the books were moved from the Carnegie Library to the new building, which opened its doors on June 5, 1950. 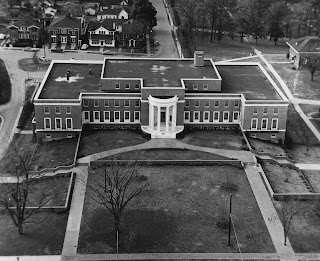 Aerial view of the new library