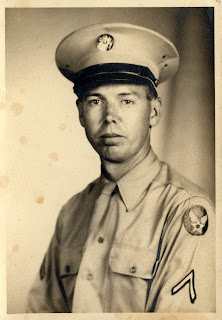 17.75 linear feet of published and unpublished materials relating to the poet Roy Zell Kemp have been donated to SCUA. Kemp (1910-1980) was raised in Greensboro, NC and spent most of his life writing religious and inspirational poetry.

Writings by Kemp include the following published items:

Kemp also contributed poems to religious periodicals of various denominations, was a free-lance feature writer for newspapers in Maryland and North Carolina and reviewed books for the Greensboro Daily News, Greensboro, NC.

Kemp spoke about poetry to Contemporary Authors:
“Since poetry moves on the higher levels of power and emotion, it must be the product of a maker of ideas. The truly creative artists of the written word are gifted with the ability to take the common facts and experiences of life and invest them with epic and enduring qualities. Also, since the heart and core of inspirational poetry is a spirit of devotion and reverence, being idealistic in nature, spiritual in quality, and moral at its center, its writer must be constantly aware of the eternal secret of friendship with God. He must also be possessed with what has been termed `religious insight.’ He must not let himself be limited to any one nation or people, nor to any one age, for to do so would admit to a partiality. The appeal of inspirational poetry is universal, since universality must be expressed in its writing. Eternal vertities will ever remain the same, regardless of the change made in other things. Inspirational poetry is the true language of the heart. It is composed of emotional feeling, deep and sincere.”