This World War I American Red Cross/U.S. Army Nurse’s Outdoor Uniform is a new addition to the Women Veterans Historical Collection. We are pretty excited about it because these uniforms are very rare.

During World War I, The American Red Cross supplied military service branches like the U.S. Army and Navy with extra nurses during World War I. It was prescribed that military, as well as auxiliary, medical units (such as the American Red Cross), wear some sort of standard wear outside of medical facilities and this uniform was worn by a nurse serving in France. It is constructed of olive green whipcord fabric. 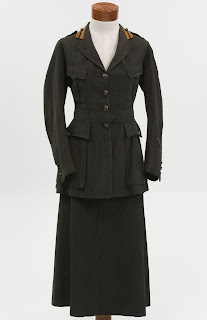 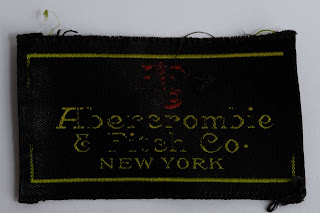 The fleur-de-lis patch on the left shoulder indicates that the nurse served overseas in the District of Paris as part of the U.S. Liaison Services to the French Army. The trim on the collar of this nurse’s coat is tan, telling us that as well as being a nurse, she also worked in the capacity of a clerk. 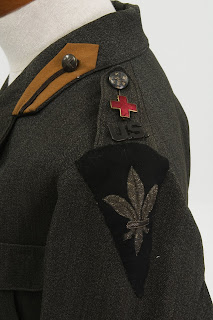 The chevron patch bordered in golden thread at the cuff on the left sleeve indicates that this nurse also served overseas for a period of six months. 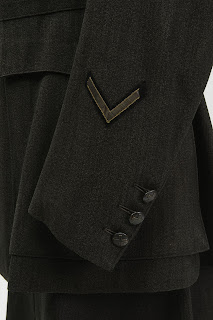 And here is the accompanying wide-brimmed felt hat: 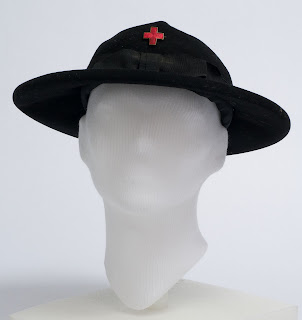 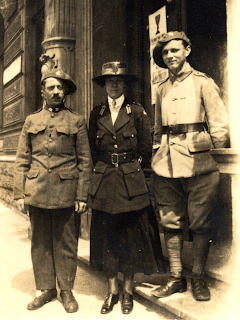