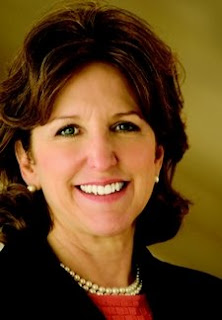 GREENSBORO, NC — U.S. Sen. Kay Hagan has donated the papers from the decade she spent in the North Carolina Senate to UNCG.

The University Libraries received the papers in more than a dozen boxes on Jan. 12. A single stack of the correspondence, schedules and other documents would be about 15 feet tall.

“Senator Hagan’s generous gift further enhances the university’s impressive collections related to the history of the Piedmont Triad,” said Dean of University Libraries Rosann Bazirjian. “We’re extremely grateful she chose to keep these important papers in her hometown by giving them to UNCG.”

Receiving papers from a leader like Hagan raises the profile of University Archives and Manuscripts and should help attract additional historically significant collections, said Betty Carter, university archivist. In addition to this most recent gift, UNCG is home to the papers of businessman Joseph M. Bryan and U.S. Rep. Howard Coble.

Bryan, who died in 1995, was an insurance executive, broadcasting pioneer, philanthropist and hugely influential community leader in Greensboro. The university’s School of Business and Economics bears his name.

Coble, a Greensboro Republican, has represented North Carolina’s 6th Congressional District, since 1985. He announced in 2007 that his papers would be preserved at UNCG. Much of his collection has already been sent to the university; the remainder will be transferred when he retires.

Created in 1942 as the College Collection, University Archives and Manuscripts has grown to about 2,500 linear feet of material. It includes documents related to the university’s history, hundreds of manuscript collections and the Women Veteran’s Historical Project.